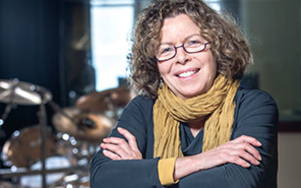 Isabelle Peretz’s work focuses on musical abilities, their neural correlates, heritability and specificity relative to language. She is renowned for her work on congenital and acquired musical disorders (amusia) and on the biological foundations of music processing in general. Isabelle Peretz studies the brain organization and cognitive processes that subserve music cognition focusing on the musical potential of ordinary people, its neural correlates, its heritability and its specificity relative to language. She exploits various experimental techniques, such as the behavioural study of normal subjects, the study of deficits, electrophysiology (ERP), and functional and anatomical brain imaging.