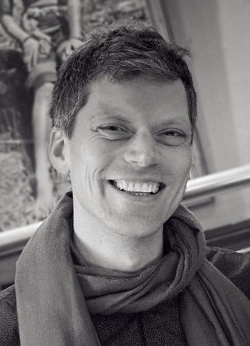 Dr. van Vugt is interested in the sensorimotor system and human connection. He is curious how the brain learns the connection between movement and perception. When you first learn to speak or play a musical instrument, you need to learn which movement results in which sound: a sensorimotor map. Once learned, these maps form the basis of the remarkable and ancient skill of playing music. Playing music helps foster tight bonds between humans and he is interested in how we can use music as a tool for social integration, to bring about a world with more understanding between people. He was born in the Netherlands and studied in Paris, Pisa, Los Angeles, Hanover and Lyon. He originally studied mathematics but then retooled to become a cognitive scientist and theoretical linguist while also working on neurorehabilitation using music. He came to Canada in 2014 for a postdoc at McGill and is now an assistant professor in the Psychology department at the Université de Montreal.